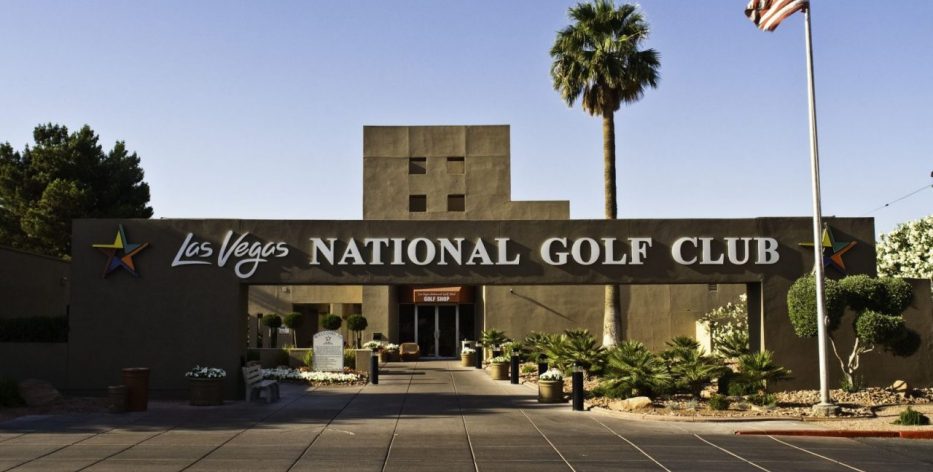 LAS VEGAS, NV – Close your eyes and allow your imagination to roam. You can almost picture a scene repeated often in the clubhouse of Las Vegas National Golf Club back in the days of the Rat Pack.

Frank Sinatra, Dean Martin, Peter Lawford, Joey Bishop and Sammy Davis Jr. gathered around the piano, entertaining guests with songs and stories following a late day match on the storied links. It is the stuff of legends during the early Las Vegas boom days.

You can’t have a conversation about the history of golf in Las Vegas without mentioning one particular facility very early in the discussion: Las Vegas National Golf Club (LVN).

This iconic club, which opened in 1961 as the Stardust Country Club, has hosted many professional tour events, with such names as Jack Nicklaus, Lee Trevino and Mickey Wright claiming victories there. Las Vegas National was part of the rotation when Tiger Woods recorded his first professional victory in the 1997 Las Vegas Invitational. Tiger shot his highest round of the tournament on this course – 70.

You feel as if you are taking a trip back in time as you approach the clubhouse, a rectangular structure nestled in the heart of Vegas, only 10 minutes off the Vegas Strip. Along with the plethora of celebrities who used to hang out there, LVN was also famous for the role it played in the 1995 movie Casino, starring Robert DeNiro, Sharon Stone and Joe Pesci. The house used in the movie sits off to the left of the No. 1 tee box.

But history aside, the golf course stands the test of time all by itself. Designed by Bert Stamps and maintained by Pro Turf International, LVN is a traditional, oasis styled golf course with thousands of trees, which places a premium on accuracy off the tee. The course features fairways that meander in the shadows of proud palm trees and elevated greens that are guarded by deep, yawning bunkers. It is truly a parkland-style layout far different from most of the golf offerings of the desert region.

The course opens and closes with a pair of challenging par 5’s, and features five par 3’s that will test your iron game. The 18th is one of the best closing holes in Las Vegas. Appropriately named “Casino,” this risk-reward hole doglegs right around two lakes, setting up the choice of playing it safe with your second shot, or going for broke to a three-tiered, well-bunkered green.

Las Vegas National remains one of the region’s most popular courses, but there was a period during which that popularity was tested. As newer courses began popping up around town, Las Vegas National slipped into the background, and course conditions suffered. Then in 2010, ownership made what proved to be a facility-saving decision.

Pro Turf International was called in to take over all golf course maintenance aspects at Las Vegas National.

“When we took over the maintenance the course was in really bad shape,” said PTI Director of Maintenance Jared Bumpus. “About 50 percent of the golf course was dirt. There were a lot of problems.”

“When they took over, about the only thing that was green and growing were weeds,” said Wood, who has been at Las Vegas National for six years. “The saying was, ‘don’t spray weeds because that’s all we got.’

“Now, the course is in beautiful shape, and we’ve received a lot of positive reviews. PTI has done a great job turning it around.”

The main challenges centered around drainage and irrigation, which was originally installed in 1960 prior to the opening of the course. A retrofit of the entire irrigation system is cost-prohibitive, so the PTI team must rely on its expertise to keep the course properly irrigated, providing a superior experience for the players.

Wood pinpointed another advantage that PTI brings to clients like Las Vegas National.

“They use better products and better seed,” said Wood. “Prior to their arrival it was a bottom line thing. Everything was minimal. That’s not the case with PTI. They make a lot of their own chemicals through a subsidiary. Their products when applied to the golf course do a much better job. They try to buy blended seed that is one year old or more so you get better germination during overseeding. It all makes a big difference.”

PTI is a Las Vegas-based, family owned construction, landscape and golf maintenance company with over 30 years of hands-on experience in the Southwest. They proudly serve the golf, sports and landscape industry to enhance quality and improve conditions in a safe, environmentally friendly manner. For more information call (702) 315-5121, or visit www.ptigolf.com.

“The National”, designed in 1961 by architect Bert Stamps, has a rich history to say the least. The course hosted a number of LPGA & PGA events including the Tournament of Champions, Sahara Invitational and the Las Vegas Invitational, and was the site of Tiger Woods’ first professional victory.

During the 1960’s, The National played host to the big names of the Strip. The Rat Pack frequently played golf then spent time in the bar, entertaining around the piano. For more information about Las Vegas National visit www.lasvegasnational.com.